Family Constellations According to Bert Hellinger

What are Family Constellations? 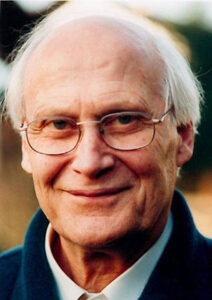 The German psychotherapist, Bert Hellinger, developed the Family Constellations a new type of short, intensive therapy. This systemic approach is a further development of multi-generation family therapy which stands alone in its own right. Hellinger discovered a host of principles and “orders” which occur in the network of relationships and bonds across many generations. These orders and principles continually prove their effectiveness through the work itself.

One could describe a family constellation as a living genogram, (family tree) created by a family member, which includes elements of family sculptures and psychodramas. Family constellations are ingenious in their form and theoretical approach and have surprising procedures and effects.

The client will make the most effective use of his or her constellation in a group setting. The client must have a specific, clearly expressed request to be addressed in the constellation (e.g., he/she wants to know the reason for his depression or feelings of guilt). First, the client describes the essential facts about his/her family covering the past two to three generations. Then the client chooses group members to be representatives of his parents, siblings, himself and for other pertinent members of his family. Representatives are often chosen for deceased family members as well. The client spontaneously, but with deep concentration, positions the representatives within an area on the open floor. He or she even gives them a direction to face. In this way the client sets them up in relation to each other. After this step, the client temporarily becomes an observer.

A constellation generally lasts between 15 minutes and one hour. The facilitator ends the constellation either when everyone feels comfortable with the places in which they are located, or when an emotionally explosive situation in the family has found a resolution.

The Effect of the Therapy

Through the perceptions of the representatives, it becomes clear to the client – quickly and precisely – who in the family’s past has been controlling certain feelings. Surprisingly, they are often taken over from long deceased members of previous generations, who, until now, were hardly known. The client then recognizes where certain confusing feelings come from, or why relationships in his family have been disturbed.

Connections which previously had negative effects are brought into the light and often resolved or changed. By the end, the places in the constellation have been rearranged and a new tension-free balance within the family exists. The client then incorporates themselves into this realigned view of their family and allows its healing effect unfold.

A. Facts About the Family History 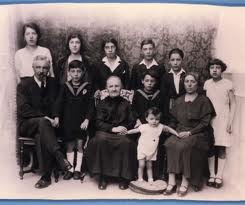 The major events in your family over several generations are very important. These observable effects ripple through the generations. Important facts to know are:

Who may have died too early, (younger than approximately 25)?
Were there family members who are guilty of crimes?
Have the parents had previous love relationships?
Have some family members experienced personal tragedies or traumatic events?

As compared to the troubled or tragic lives of previous family members, the client’s own relationships might play a fairly small role.

B. Orders and Principles

Certain orders and principles prevail in all families. A working knowledge of these orders and principles has evolved from Hellinger’s many years of experience with constellations and they have been confirmed repeatedly by the work of other facilitators. Though there are many exceptions, these rules and orders show themselves regularly.

C. The Knowing Field (A. Mahr)

When the client situates his representative family, the representatives perceive the feelings of the family members whom they symbolize. In this state, the representatives have access to a deeper level of, or a deeper truth about, the family system – a still-inexplicable phenomenon. During a constellation, the facilitator learns to trust this phenomenon and lets him or herself be guided by it. This phenomenon, which also appears in other types of therapy, (psychodramas, family sculptures) has not yet been given the attention that it deserves.

Because of this access to a deeper truth, the language used is very clear and simple. The statements often have the effect of sounding ritualized, (e.g., I acknowledge your death and fate) when someone has died an early death. The representative will always sense whether or not such proposed statements are correct in that moment. Strong emotions may arise in the representatives which may be expressed verbally.

E. Every Member of a Family Belongs to the Family Equally
Every family has a solid inner bond, regardless of how torn apart it may outwardly appear. Everyone who belongs to the family deserves attention. If someone is excluded from the family, he or she might actually be represented by a later-born family member who might take on a similar fate.

F. The Early Death of a Family Member Has a Powerful Effect on the Whole Family System

The death of a young person has a potent effect on the whole family. Siblings of the deceased display an inclination to die themselves, which is expressed by the sentence, “I will follow you.” If someone is burdened in this way and he later has children, the children sense this burden and want to relieve the parent of it by taking it on themselves, (“Better me than you”). The inclination to die shows itself through disease or sickness, through dangerous activities, behavior such as excessive drug-use, or engaging in dangerous types of sports.

G. Children Are Loyal to Their Parents

Children rarely, if ever, dare to lead happier or more fulfilling lives than those of their father and mother. Out of a sense of loyalty to their parents, children repeat the parent’s mistakes and misfortunes.

H. Children Take on the Feelings of Other Family Members

This occurs in two ways: either they share strong feelings with a family member, (they help carry these feelings, so to speak) or they take over unexpressed feelings. For example, a submissive grandmother is physically abused by her husband. She has a granddaughter who is often angry with her husband for no apparent reason. In the constellation it is revealed that the granddaughter carries the grandmother’s anger.

I. There Are Orders That Must Be Acknowledged

He who came first, (in the family) be it a partner or a sibling, takes the first place. The others follow in chronological order. This placement must be observed without judgement or critical valuation. A good, basic order in which everyone feels comfortable, results from such placement after the existing negative connections have been resolved. Usually the parents stand facing the children with the father in the first position and the mother standing clockwise, (when pictured from above) to him. The children stand facing the parents in a clockwise fashion according to age, oldest to youngest.

The Role of the Facilitator

The facilitator uncovers and seeks an agreeable order or placement in which everyone feels good. While doing this he or she uses their knowledge about the orders and principles which control a family. From the reactions of the representatives, the facilitator knows if we’re on the right path. Although the work outwardly seems leader-centered, its quality is measured by how well the facilitator comprehends and takes into consideration the reactions of the representatives.

(reprinted in part from www.ulsamer.com/family_constellation.html